A Taste of Ancient Routes

“Your task is not to seek for love, but merely to seek and find all the barriers within yourself that you have built against it.” ― Jalaluddin Rumi

I have days when I walk through seas of plastic, where I consider carrying a bag, picking up all the rubbish, taking it to the nearest village or town, dumping it in the middle of the square and asking “why?” So much rubbish everywhere!

I don’t want to keep on being blasé about our world, the environment…life. For years I thought I could never make  a difference, but the more I travel, and the more I speak with people, and see that there are people doing incredible things, I know that I want to be a part of that.

When I watched the documentary PeaceOneDay, I realised that if you believe in something enough, it can happen. So what do I believe in? How can I take what I am doing – my walking – and make a difference to what is important in the world? These are the questions which have occupied my mind for many months now.

In Crete I went to a local yurti for Ascension day with Anne-Laure and her friends, similar to the many local sagras all across Italy. The town hall had been converted to a kitchen, tables and benches lined the courtyard, and the musicians played local Cretica.

Here you can listen to the music and the sounds of the yurti which I recorded on the night:

There was so much food, wine and raki the tables were overflowing. Everybody was in festive mood. 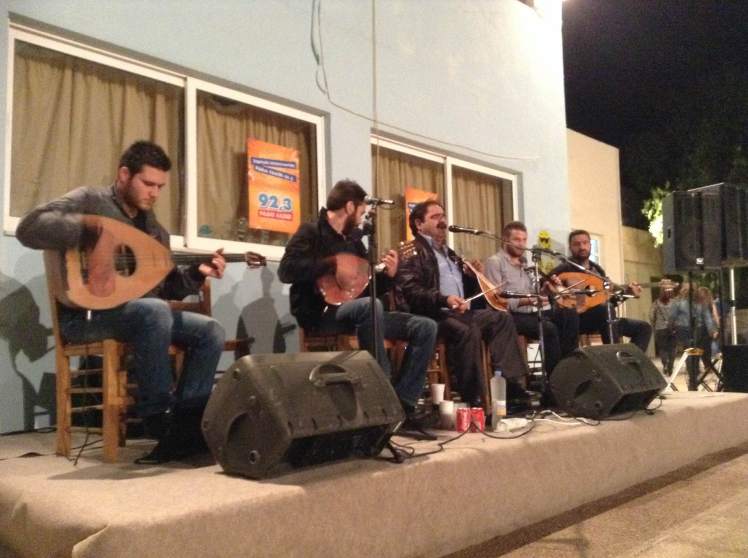 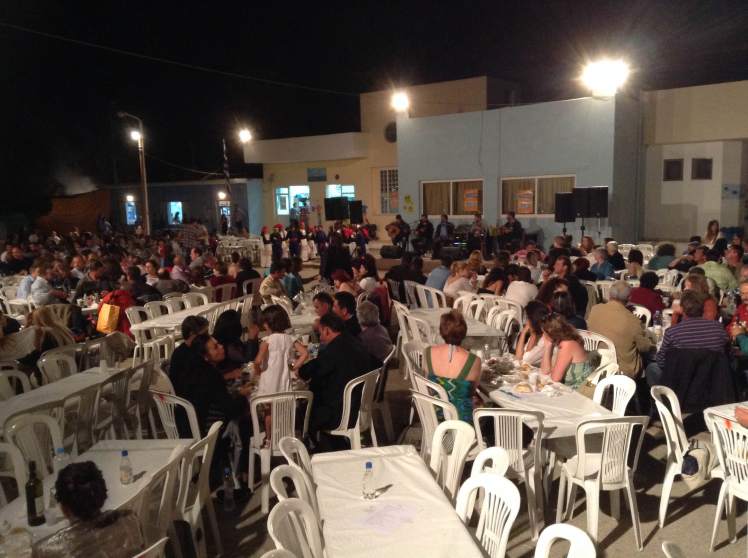 We sat down at a table; in the centre a little plastic bottle of raki. A young man arrived with plates of food – the meze to be served with the raki. His serving tray was overflowing with plastic – plastic plates with food covered in plastic bags, plastic cutlery…in plastic bags, plastic cups…in plastic bags; there were 4 of us and a sea of plastic filled the table. As I looked around I saw that every table had the same – some 200 long tables, filled with people…and plastic. Thankfully when they ordered food (the plastic meze was complimentary) it came on ceramic plates, and the cutlery was metal. 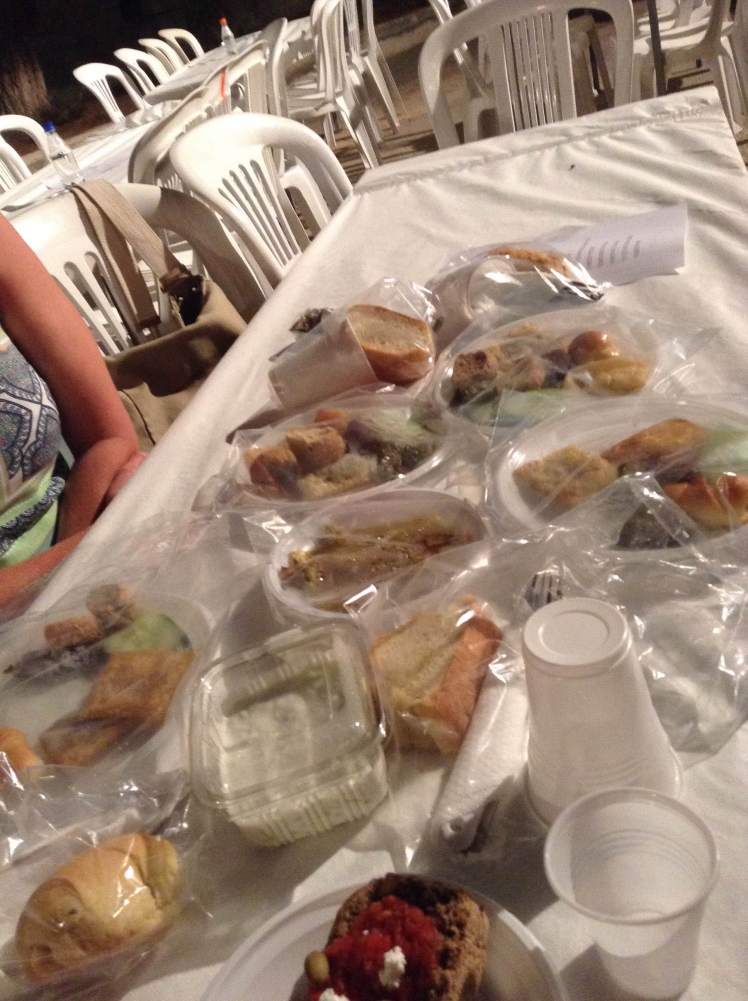 The fiesta was organised by young people from the area: everybody working there was between 16 – 30 as far as I could tell. I talked with one of the organisers, and he explained that he is very proud of his village and his community, and that this event was backed by the church. When I asked him about all the plastic, he looked me direct in the eye and said just one word: “Greenpeace?” he asked. I told him no, just interested in the environment.

His response was completely logical: we don’t have enough money to provide non-plastic for everyone. “And if you come here tomorrow at 6am, you won’t even know there was a party”. “And the plastic? “It’s simple – we recycle”.

So here’s the problem: they feel they are doing all they can do – they use plastic, and then they recycle plastic. But it’s not that simple. Can all this plastic really be recycled? What actually happens to it all? What happens if you put non-recyclable plastic into a recycling bin? I must admit that I actually don’t know, and in fact the majority of people do not know, but now I realise I have been doing it…forever. Nobody really knows what is recyclable and what is not. It changes from country to country, and the different types of plastic cannot be put together. It’s a simple question of education but it needs to be prioritised. I am now actively trying to learn more about this, and I would encourage everybody to take a moment to think about it. Am I doing everything I can to reduce plastic consumption?

So how can we know? How can we educate and learn?

First check out this

Then check out this documentary: Trashed

I have discovered that the easiest thing I can do is to say NO to plastic. I am fed up of the sight of plastic discarded on the roads and in the countryside. There are days when I feel physically sick at so much waste and thoughtlessness. And there is something we can all do just by thinking a little more and making a conscious effort not to use plastic. And for extra inspiration, here’s a song that puts it in much sweeter tones than I ever could…

6 thoughts on “A Sea of Plastic”

If anything you have read resonates, please consider supporting me by clicking the link above to “buy me a coffee”.
Thanks for reading. I love to hear from you if you are moved to write something.

Life on the road

I am retiring…again.
I love pandas! Since I was a baby I have loved them. I mean, what’s not to love? Look at them! So unbelievably cute!
Everything we see is a reflection
“I carried the words of the wise with me,
Extract from “the boy, the mole, the fox and the horse” by Charlie Mackesy...
Across all of the countries I have travelled in the last 7 years, there have been so many different ways of preparing food. And yet so often the same basic ingredients. But if you were to give an Italian, a Greek, a Turk, a Georgian, an Uzbek, or an Indian the same ingredients, each one would prepare something totally unique, with a different blend of flavours that has its root in the culture and tradition of that place.
#lifeontheroad. What inspires us can inspire others ❤️
In these times it is more important than ever to remember to play...together! Join us and dance 🙏❤️
When the heart feels connection to source, so yoga begins...
This is exactly it!
It is always a pleasure to come across someone with the passion to share what they love in a beautiful way that brings joy, harmony and good health to others...
- - -
“Recipes do not belong to anyone. Given to me, I give them to you. Recipes are only a guide, to be fleshed out according to your nature and desire. Your life, your love will bring these recipes into full creation. This cannot be taught. You already know. So plunge in: cook, love, feel, create. Actualise breadmaking itself” - The Tassajara Bread Book
“How will I ever tell of the miles and miles of beauty that have been flowing into me in such measure?” - John Muir
A dance with life,
You are the power of the cosmos...so feed yourself with rainbows 🌈 ❤️🧡💛💚💙💜
Today the air is sweet,
Go take a walk and give a tree a hug! Place some roots for a moment and allow yourself to feel the connectivity. It’s amazing how similar we are! And smile at how simple and beautiful it is to hug a tree! Essentially you are giving yourself a hug as well, because we are nature - the same 5 elements present in the tree are flowing and moving in us 🤗 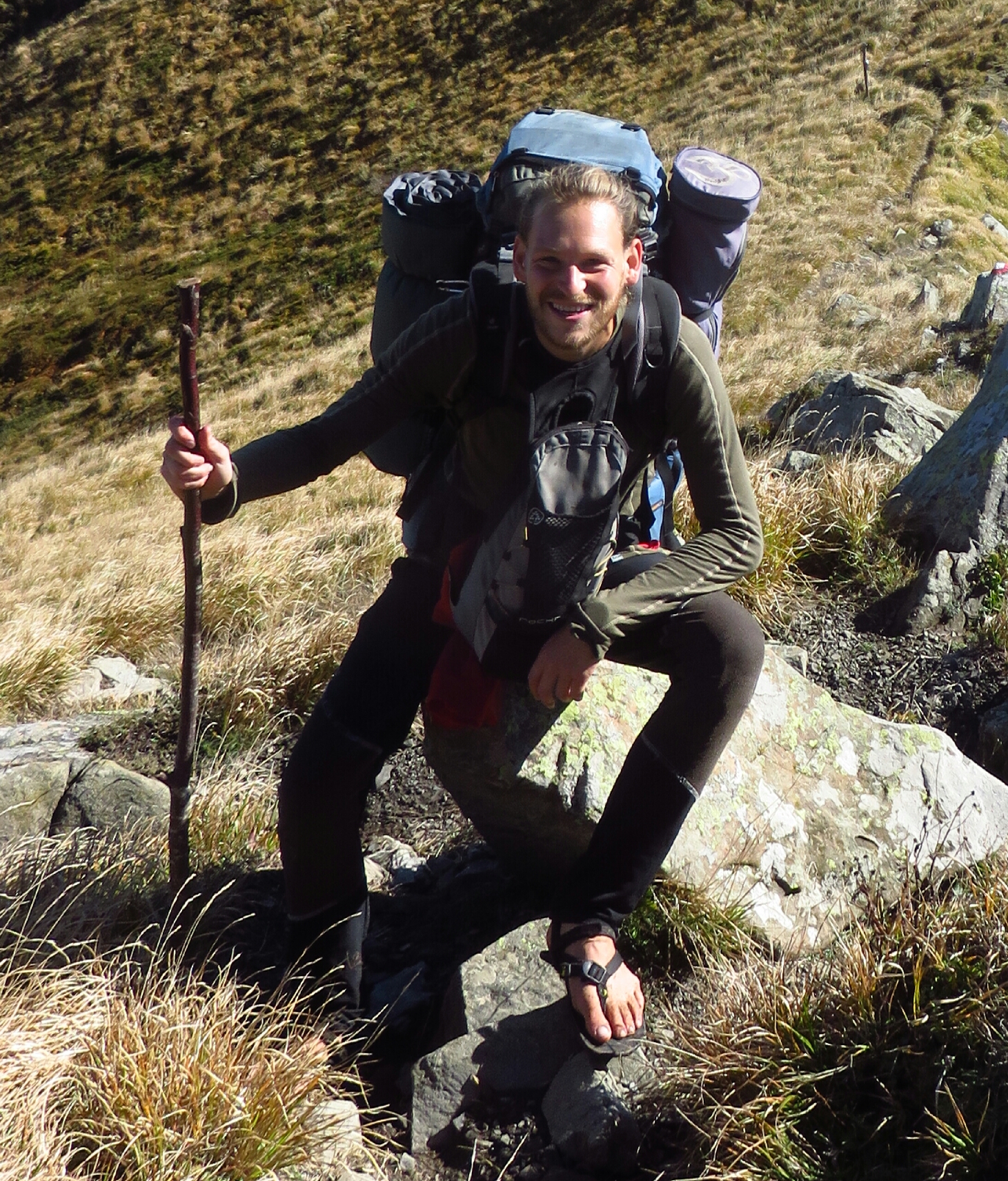